Philip Bille
Philip Bille is associate professor in the Algorithms, Logic, and Graph Theory group at the Technical University of Denmark, Department of Applied Mathematics and Computer Science (DTU Compute). His scientific interest is in algorithms and data structures with focus on pattern matching, data compression, and parallelism in modern computer architectures. He is the deputy head of the Center for Compressed Computing and the head of the Research Academy at DTU Compute. 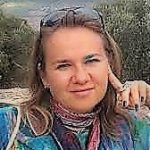 Nataša Przulj
Nataša Przulj is professor of biomedical data science at the Department of Computer Science at University College London. She is recognized for initiating extraction of biomedical knowledge from the wiring patterns (topology, structure) of “Big Data” real-world molecular (omics) and other networks. That is, she views the wiring patterns of large and complex omics networks, disease ontologies, clinical patient data, drug-drug and drug-target interaction networks etc., as a new source of information that complements the genetic sequence data and needs to be mined and meaningfully integrated to gain deeper biomedical understanding. Her recent work includes designing machine learning methods for integration of heterogeneous biomedical and molecular data, applied to advancing biological and medical knowledge. She also applies her methods to economics. 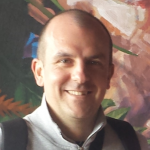 Rossano Venturini
Rossano Venturini is assistant professor in the Department of Computer Science at the University of Pisa. His research focusses on compressed data structures, for which he won the Best PhD Thesis award from the Italian Chapter of the EATCS in 2012, and information retrieval, for which he won the Best Paper award at SIGIR 2014 and 2015. He was program committee co-chair for SPIRE 2017 in Palermo.

As in past editions, the proceedings of SPIRE 2018 are published by Springer in the Lecture Notes in Computer Science (LNCS 11147) series.
Limited-time free access to the conference proceedings is available from here.

Bahar Alipanahi, Alan Kuhnle and Christina Boucher.
Recoloring the Colored de Bruijn Graph
Abstract: The colored de Bruijn graph, an extension of the de Bruijn graph, is routinely applied for variant calling, genotyping, genome assembly, and various other applications [11]. In this data struc- ture, the edges are labelled with one or more colors from a set C, and are stored as a m × |C| matrix, where m is the number of edges. Since both m and |C| can be significantly large, the matrix should be represented in a space-efficient manner. Recently, there has been a significant amount of work in de- veloping compacted representations of this color matrix but all existing methods have focused on com- pressing the color matrix. In this paper, we explore the problem of recoloring in order to reduce the size of the color matrix. We show that finding the minimum number of colors to have a valid recoloring is a NP-hard problem, and thus, motivate our development of a recoloring heuristic that greedily merge the colors in the colored de Bruijn graph. Our results show that this heuristic is able to reduce the number of colors between one and two orders of magnitude, and the size of the matrix by almost half. This work is publicly available at https://github.com/baharpan/cosmo/tree/Recoloring.
Jérémy Barbay and Andrés Olivares.
Indexed Dynamic Programming to boost Edit Distance and LCSS Computation
Abstract: There are efficient dynamic programming solutions to the computation of the Edit Distance from $S\in[1..\sigma]^n$ to $T\in[1..\sigma]^m$, for many natural subsets of edit operations, typically in time within $O(nm)$ in the worst-case over strings of respective lengths $n$ and $m$ (which is likely to be optimal), and in time within $O(n{+}m)$ in some special cases (e.g. disjoint alphabets). We describe how indexing the strings (in linear time), and using such an index to refine the recurrence formulas underlying the dynamic programs, yield faster algorithms in a variety of models, on a continuum of classes of instances of intermediate difficulty between the worst and the best case, thus refining the analysis beyond the worst case analysis. As a side result, we describe similar properties for the computation of the Longest Common Sub Sequence $\idtt{LCSS}(S,T)$ between $S$ and $T$, since it is a particular case of Edit Distance, and we discuss the application of similar algorithmic and analysis techniques for other dynamic programming solutions. More formally, we propose a parameterized analysis of the computational complexity of the Edit Distance for various set of operators and of the Longest Common Sub Sequence in function of the area of the dynamic program matrix relevant to the computation.
Jérémy Barbay.
Adaptive Computation of the Discrete Frechet Distance
Abstract: The discrete Fr{\’e}chet distance is a measure of similarity between point sequences which permits to abstract differences of resolution between the two curves, approximating the original Fr{\’e}chet distance between curves. Such distance between sequences of respective length $n$ and $m$ can be computed in time within $O(nm)$ and space within $O(n+m)$ using classical dynamic programing techniques, a complexity likely to be optimal in the worst case over sequences of similar lenght unless the Strong Exponential Hypothesis is proved incorrect. We propose a parameterized analysis of the computational complexity of the discrete Fr{\’e}chet distance in fonction of the area of the dynamic program matrix relevant to the computation, measured by its \emph{certificate width} $\omega$. We prove that the discrete Fr{\’e}chet distance can be computed in time within $((n+m)\omega)$ and space within $O(n+m+\omega)$.
Seungbum Jo, Shay Mozes and Oren Weimann.
Compressed Range Minimum Queries
Abstract: Given a string S of n integers in [0,sigma), a range minimum query RMQ(i,j) asks for the index of the smallest integer in S[i…j]. It is well known that the problem can be solved with a data structure of size O(n) and constant query-time. In this paper we show how to preprocess S into a compressed representation that allows fast range minimum queries. This allows for sublinear size data structures with logarithmic query time.
The most natural approach is to use string compression and construct a data structure for answering range minimum queries directly on the compressed string. We investigate this approach using grammar compression. We then consider an alternative approach. Even if S is not compressible, its cartesian tree necessarily is. Therefore, instead of compressing S using string compression, we compress the cartesian tree of S using tree compression. We show that this approach can be exponentially better than the former, and is never worse by more than an O(sigma) factor (i.e. for constant alphabets it is never asymptotically worse).
Costas Iliopoulos, Manal Mohamed, Solon Pissis and Fatima Vayani.
Maximal Motif Discovery in a Sliding Window
Abstract: With the current explosion of genomic data, the need to analyse it efficiently is growing. As next-generation sequencing technology advances, there is an increase in the production of genomic data that requires de novo assembly and analyses. One such analysis is motif discovery. Motifs are relatively short sub-sequences that are biologically significant, and may contain don’t cares (special symbols that match any symbol in the alphabet). Examples of these are protein-binding sites, such as transcription factor recognition sites. Maximal motifs are motifs that cannot be extended or specialised without losing occurrences. We present an on-line algorithm that finds all maximal motifs, that occur at least k times and contain no more than d don’t cares, in a sliding window on the input string.
Tomasz Kociumaka, Jakub Radoszewski, Wojciech Rytter, Juliusz Straszyński, Tomasz Walen and Wiktor Zuba.
Faster Recovery of Approximate Periods over Edit Distance (short paper)
Abstract: The approximate period recovery problem asks to compute all approximate word-periods of a given word S of length n: all primitive words P (|P|=p) which have a periodic extension at edit distance smaller than τ from S, where τ < ⌊ n / ((3.75+ε) · |P|) ⌋ for some ε>0. Here, the set PerExt(P) of periodic extensions of P consists of all finite prefixes of P^∞.

We improve time complexity of the fastest known algorithm for this problem of Amir et al. (TCS 2018) from O(n^{4/3}) to O(n log n). Our tool is a fast algorithm for Approximate Pattern Matching in Periodic Text. We consider only verification for the period recovery problem when the candidate approximate word-period P is explicitly given up to cyclic rotation; the algorithm of Amir et al. reduces the general problem in O(n) time to a logarithmic number of such more specific instances.

Abstract: Sequence mappability is an important factor in genome sequencing. In the $(k,m)$-mappability problem, for a given a sequence $T$ of length $n$ our goal is to compute a table $A$ such that $A[i]$ is the number of indices $j$ such that $m$-length substrings of $T$ starting at positions $i$ and $j$ are at Hamming distance at most $k$. Previous work on this problem focused on heuristic approaches that provided a rough approximation of the result or on the special case of $k=1$. We present several efficient algorithms for the general case of the problem. The main result is an algorithm that works in time $O(n \min(\log^{k+1} n, m^k))$ and linear space. It requires a careful adaptation of the technique of Cole et al. (STOC 2004) in order to avoid multiple counting of pairs of substrings. We also show $O(n^2)$-time algorithms that compute all results for a fixed $m$ and all $k=1,\ldots,n$ or a fixed $k$ and all $m=1,\ldots,n$. Finally we show that $(k,m)$-mappability cannot be computed in strongly subquadratic time for $k,m = \Omega(\log n)$ unless SETH fails.
Radu-Stefan Mincu and Alexandru Popa.
Better heuristic algorithms for the Repetition Free LCS and other variants
Abstract: In Discrete Applied Mathematics 2010, Adi et al. introduce and study a variant of the well known Longest Common Subsequence problem, named \emph{Repetition Free Longest Common Subsequence (RFLCS)}. In RFLCS the input consists of two strings $A$ and $B$ over an alphabet $\Sigma$ and the goal is to find the longest common subsequence containing only distinct characters from $\Sigma$. Adi et al. prove that the problem is $\mathcal{APX}$-hard and show three approximation algorithms. Castelli et al. (Operations Research Letters 2013) propose a heuristic approximation algorithm and Blum and Blesa introduce an exact algorithm based on ILP (Journal of Heuristics 2017).

Finally, we introduce two variants of the LCS problem. For one of the problems, named \emph{Pinned Longest Common Subsequence (PLCS)} we present an exact polynomial time algorithm based on dynamic programming. The other variant, named \emph{Multiset Restricted Common Subsequence (MRCS)} is a generalization of RFLCS. We present an exact polynomial time algorithm for MRCS for constant size alphabet. Also, we show that MRCS admits a $2\sqrt{\min\{|A|,|B|\}}$ approximation.

Fabio Garofalo, Giovanna Rosone, Marinella Sciortino and Davide Verzotto.
The colored longest common prefix array computed via sequential scans
Abstract: Due to the increased availability of large datasets of biological sequences, the tools for sequence comparison are now relying on efficient alignment-free approaches to a greater extent. Most of the alignment-free approaches require the computation of statistics of the sequences in the dataset. Such computations become impractical in internal memory when very large collections of long sequences are considered.
In this paper, we present a new conceptual data structure, the colored longest prefix array (cLCP), that allows to efficiently tackle several problems with an alignment-free approach. In fact, we show that such a data structure can be computed via sequential scans in semi-external memory. By using cLCP, we propose an efficient lightweight strategy to solve the multi-string ACS problem, that consists in the pairwise comparison of a single string against a collection of m strings simultaneously, in order to obtain m ACS induced distances. Experimental results confirm the effectiveness of our approach.

Pachacamac is an archaeological site located on the right bank of the Lurin River, very close to the Pacific Ocean and in front of a group of homonymous islands. It is located in the district of Lurin (2 hours from Lima), in the province of Lima, in Peru. It contains the remains of various buildings, dating from the Early Intermediate (3rd century) to the Late Horizon (15th century), with the best preserved Inca buildings (1450-1532).

Your browser does not support inline frames!